Google Doubles Down On Talent Marketplace and HCM Strategy 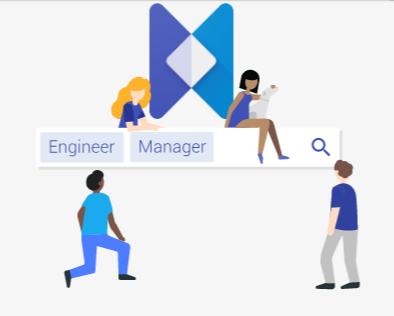 Within less than a month, Google announced three killing products in the Human Capital Management:

Google for jobs was expected since a while: If you have a powerful, AI enabled search engine, and that job searching is also a search after all, then it’s quite normal to see it out verticalized for jobs. Given the strategic role of Google as the mother of all traffic acquisition and SEO strategies, all other existing job search engines collaborated with Google with no hesitation: LinkedIn, Glassdoor, Monster and basically everyone else. Google for Jobs was announced at Google I/O and is live as of 6/20/2017.

Later last month Google also announced (silently?) Cloud Jobs API, in order to give some additional tools to the community of developers. Like any strong strategy, you need developers to create some custom apps to increase your impact on the market. The Google Cloud Jobs API enables developers to build more sophisticated job search tools using Google’s For Jobs search engine.

And today, Google announced Hire, in direct competition with Oracle’s Taleo, Greenhouse, LinkedIn and Jobvite, Brent John, Google’s Product Manager for Hire (no he is not for hire:) ) considers that hiring is still a problem. In a Google Blog post released today, he writes: “it takes an average of 52 days to fill an open position and costs about $4,000 to interview, schedule and assess each candidate. At the end of the day, that adds up.”. Hire is supposed to help fixing this problem.

Thanks to a tight integration with G Suite (formerly known as Google for Work), Hire streamlines the process of managing the interactions with the candidates, who may have applied to the job, using Google For Jobs. Emails are synced in Gmail, interviews are in Google Calendar and can be run in a Hangout Video Call (or in person) and documents are shared using Google Drive.

This video shows how scheduling can be done with Hire and Google Calendar.

Hire is the name of the product resulting from the developments done by the Bebop team acquired by Google in 2015. It was a “development platform that makes it easy to build and maintain enterprise applications,” as Google CEO Sundar Pichai described it at the time. This was also how Diane Greene, founder of Bebop joined Google. She is now leading the whole Google cloud business unit.

For now, Hire is only available to Google’s G Suite U.S. clients with less than 1,000 employees. It is proposed as a paid-for add-on service, with prices varying depending on the size of company without further details (no you can’t just order it yet, but only asking for a demo; that’s how sales work, or don’t work, at Google).